In 2010 BBC Sport had a desire to add interest to their World Cup coverage. The department did not have the resource to produce any extra content. I was approached to help them. As the only person working on the project, I covered every aspect; concepts, data collection, and design.

+ A series of graphics that focused on goal analysis

+ Well executed graphics, meant that could be analysed

+ Data collection during live games, and delivering graphics shortly after the final whistle to be uploaded to the BBC Sport site

Infographic showing goals scored by team throughout the tournament

Infographic showing goals conceded by team throughout the tournament

Infographic showing goals scored and conceded by team throughout the tournament

For the European championships I developed the concept in to a match analysis graphic that focused on goals scored and shots on target, on a game by game basis. The idea was to give a more rounded picture of the ‘pattern of play’ 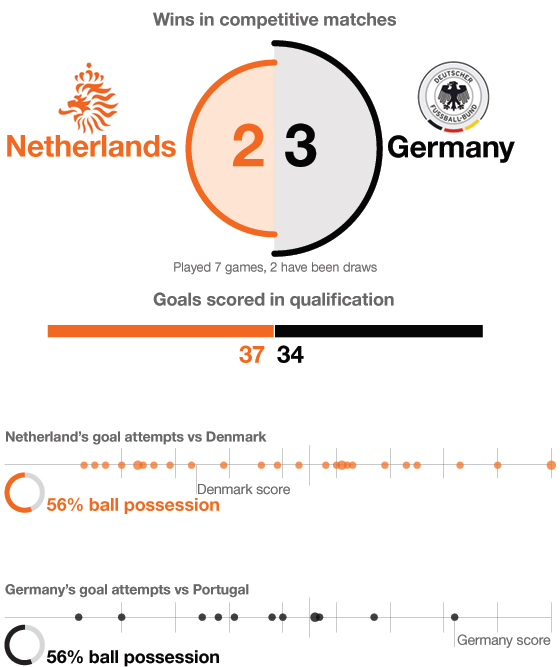 In preparation for the Netherlands vs Germany I used the ‘pattern of play’ concept as a pre-match graphic. With Editorial content this could work well as a pre-match analysis tool.