The BBC teamed up with sociologists from leading universities to analyse the modern British class system which was not fit for the 21st century and needed revitalising. We wanted to create an interactive infographic that would let people see how they fit into the new class structure as well as being a real talking point and very shareable for social media.

+ Signposting that made sharing quick and obvious, the Great British Class calculator received 350,000 shares in its first four days and was the widely shared graphic across the whole of the BBC

Simple for step navigation shows the user exactly where they are within the calculator and how many steps are needed to complete it. 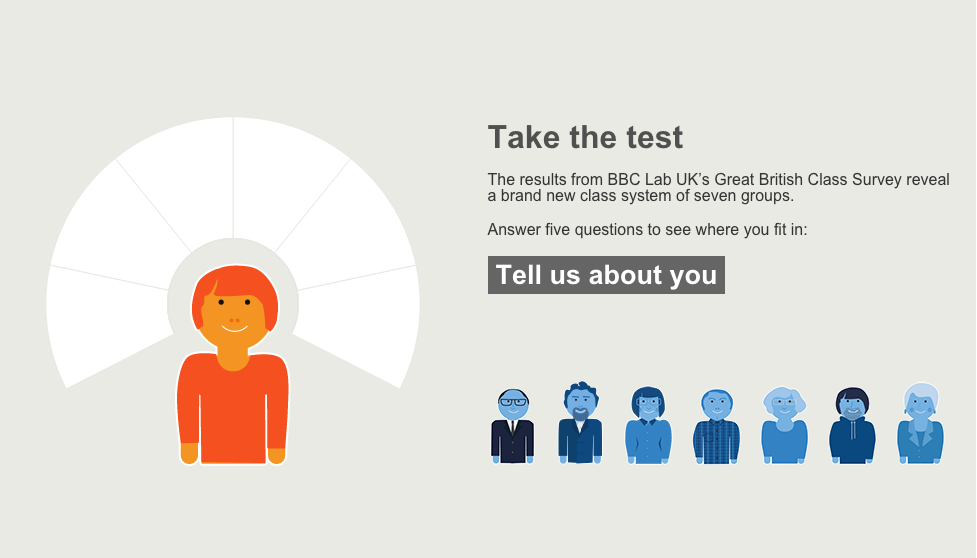 Clear intro text and call to action to take the survey 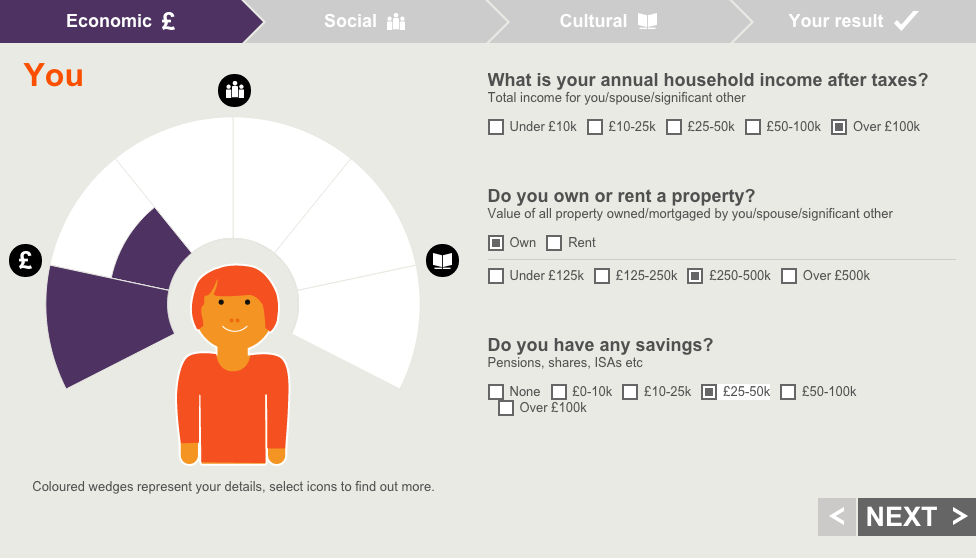 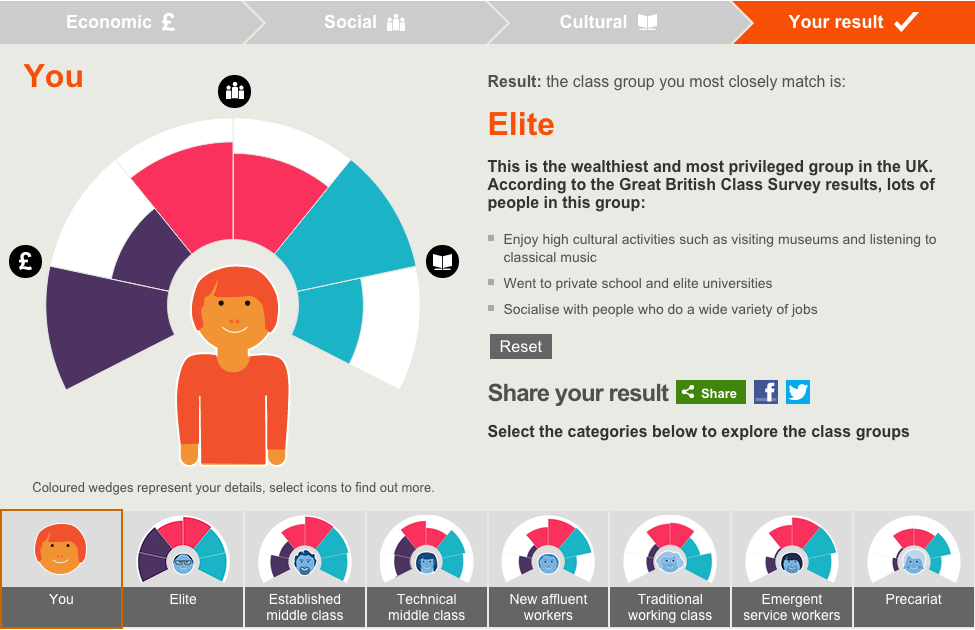 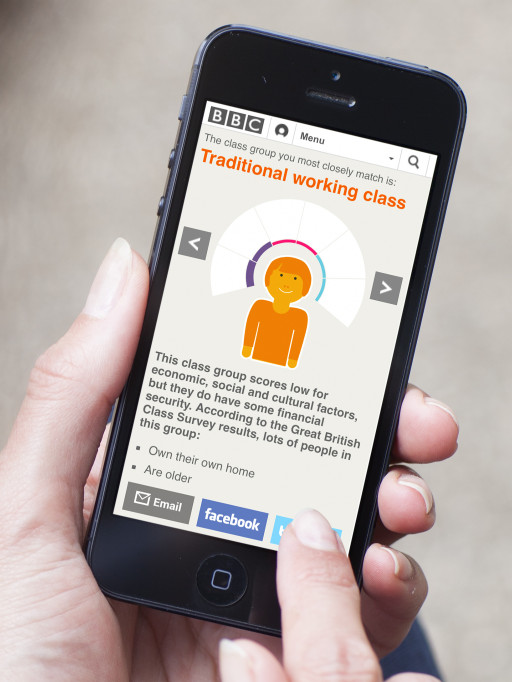